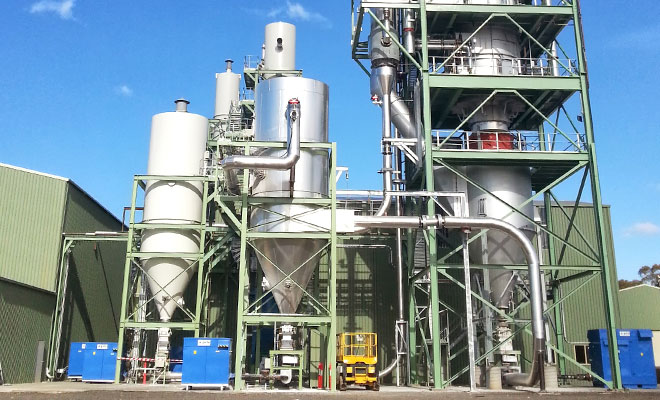 First a spray assembly is lowered into a manhole on a float, then the Magnesium Hydroxide Spray coats the walls of the sewer pipe without the need for anyone to go down into the sewer.

The product was developed to address a problem that occurs in Australia and the United States, where the bacteria that exists in sewers generates hydrogen sulphide (rotten egg gas). This occurs because of certain components and bacteria that live in concrete – the ultimate reaction weakens the concrete pipe and eventually deteriorates it. This process can destroy unmaintained pipes in less than 8 years. Annually the problem costs the US $50 billion and is becoming widespread in Australia. As the Magnesium Hydroxide Spray developed by Calix does not require the installation of new sewer pipes, it will save potentially millions of dollars in maintenance costs.

As a result, Calix Limited has been recognised as an ABA100 Winner for Best Technology Product in The Australian Business Awards 2015.

Christians Against Poverty save people from debt.

Employee wellbeing is the priority of Civeo.