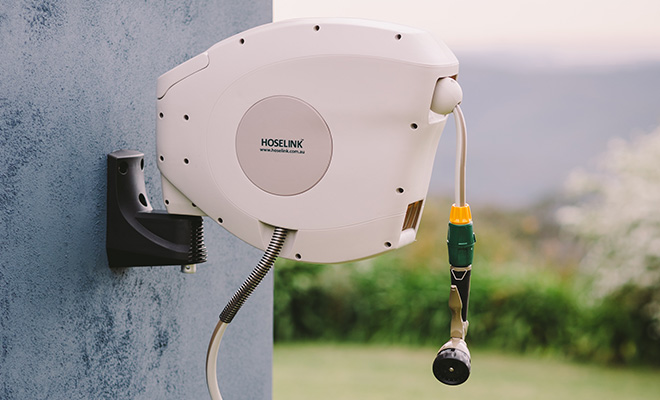 Hoselink has experienced a rocky road in its business history. The no burst garden hose fittings were originally sold through retail stores until the decision to sell direct to the consumer via the Hoselink website was made in 2009. Since doing so the business has experienced great success, going from strength to strength.

Hoselink have solved the problems of a tangled hose or fittings bursting off and spraying water everywhere.

It is fitted with the Hoselink “no-burst hose fittings” that were awarded the Australian Business Award for Product Excellence in 2013.

Hoselink has been recognised as an ABA100 Winner for Product Excellence in The Australian Business Awards 2015 for its Hoselink Auto Rewind Hose Reel.

“We’re delighted that the Hoselink Auto Rewind Hose Reel has been recognised as an ABA100 Winner for Product Excellence in the Australian Business Awards.

“Creating a quality product is a long road and it’s nice to be acknowledged for all the hard work that has gone into it over the last few years.

“We’ll continue to design and develop products to help our customers enjoy their time in the garden.” Tim Kierath, Hoselink, CEO and Founder said.