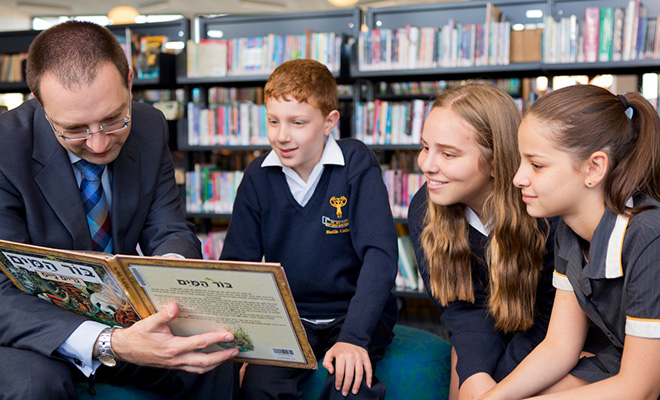 Bialik College is a K-12 Zionist school that began as a kindergarten in 1943. It is located in Hawthorn and caters for 1000 students. The school was established at a time when there was no Jewish school in Melbourne, catering for the growing Jewish population at the time.

The school does not solely employ people who follow the Jewish faith; it welcomes teachers and other employees from any belief background. Regardless of religious belief, a further 7 to 10 days are given to staff per year to cater for Jewish holidays.

Bialik College is a place where collective as well as individual thinking is valued. Staff are encouraged to create cultures of thinking within the classroom so that students can get the most out of learning. Approximately 42% of staff are employed on a part time basis, and the College provides part time contracts as often as it can. There is a strong sense of community amongst the faculty, with staff having the option of contributing $30 a year to a fund that is used to help members of staff in hard times, or to celebrate events such as births, weddings and engagements. Staff are also offered a range of leave benefits, including paid parental leave.

With 25% of the staff having been there for more than ten years and 8% having been at Bialik for longer than 20 years, Bialik College is focused on career development for its staff. This has led to Bialik College being recognised as an Employer of Choice in The Australian Business Awards 2015.

DHL Serves its customers quickly and treats its employees well.