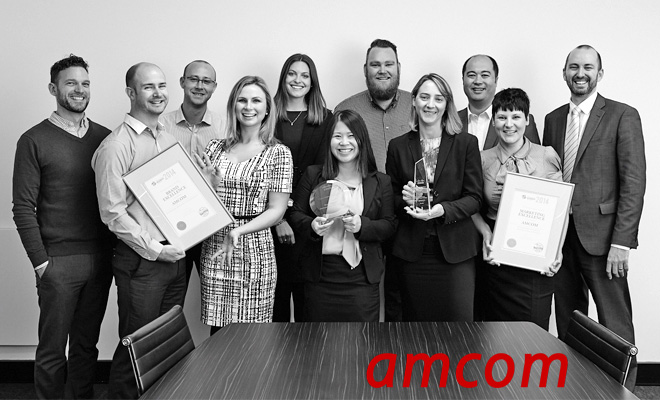 Amcom is an IT and communications company that has been operating since 1998. The company is leading the way in its providing of network and communication services Australia wide. Offices are located in several states across the country, with its 380 employees specialising in areas from Marketing to specialised IT services.

Recently the company has branched out into the Higher Education sector. This was brought about by its partnership with Australia’s Academic and Research Network (AARNT), which has a customer base of 38 universities. Amcom created awareness through complex marketing techniques, establishing itself as a leader in the HE&R sector. Through partnerships with organisations such as Melbourne University and The Australian newspaper, Amcom received excellent results from its Campaign.

24 executive decision makers from target universities attended roundtable meetings, from print and digital advertising a viewership of 4 million was reached, 678 qualified marketing leads were created – just to name a few of the achievements made from the campaign.

As a result Amcom has been recognised as an ABA100 Winner for Marketing Excellence in The 2015 Australian Business Awards. Jon Amery, General Manager, Marketing and Customer Experience, Amcom said, “To receive such a prestigious award is an honour and something the team is very proud of. Winning the award two years in a row against such notable competition speaks to the commitment and talent of the individuals within our Marketing team.

“It’s fantastic to be recognised for the innovation and success that this campaign achieved within the Higher Education sector in Australia.”

Through a company audit conducted in late 2013 it was determined that Amcom is maintaining customer satisfaction and effectively employing its continual improvement by monitoring its quality of plans, objectives and most importantly their implementation.

JCurve creates efficiency with software that truly utilizes the Cloud.