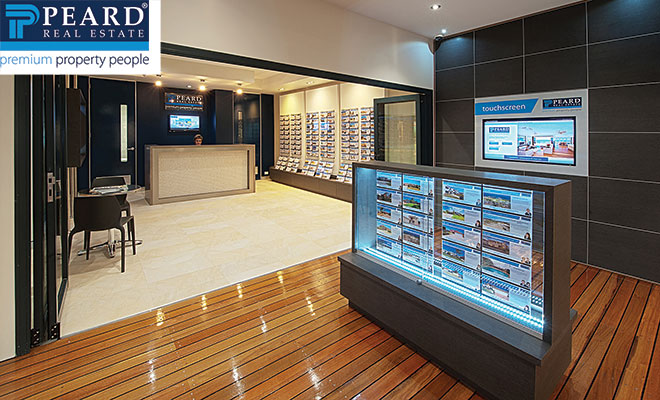 Peard Real Estate is a Western Australian owned and operated real estate group providing premium service and proven results for clients. Peard Real Estate offers a complete real estate service from sales and property management to home loans and settlements. As a company, they truly believe in contributing to the community and over the last 14 months have contributed $58,000 to a number of local charities and community ventures.

In 2013, Peard Real Estate wanted to build on the success of the 2012 Peard Real Estate Fitness Challenge for Telethon, which saw the owner of Fuller Fitness, Matt Fulller, spend an incredible 24 hours on an ergo-grinder at the highest level to raise funds for WA Kids. In November 2013 the eighth Antarctic Ice Marathon was to take place at 80 Degrees South, only 650 miles from the South Pole. A team of six Telethon Adventurers led by Matthew Popham would be taking on this ultimate challenge. Building on the idea from the 2012 challenge, Peard Real Estate engaged with the team of Adventurers to create another exciting 24-hour challenge. This time, a treadmill would be placed in a cold-room simulating the temperatures of Antarctica. The team of Adventurers would remain on the treadmill in the freezing conditions for 24 hours straight, with the six Adventurers rotating throughout the 24 hours. Peard Real Estate donated $1,000 for every hour completed and during the event they increased this amount to raise a total of $40,000 for Telethon, bringing the total for the two years of the challenge to $80,000.

Peard Real Estate also hosts an annual Exclusive Ladies Affair which is the ‘night of nights’ for female staff and attendees. To date this event has raised over $48,500 for Breast Cancer Care WA.

Recently, Peard Real Estate was recognised as an ABA100 Winner in The Australian Business Awards 2014. In response, Managing Director Maree Overton said, “Supporting the local community is something we hold very dear to our hearts at Peard Real Estate so it’s incredibly humbling to receive the Community Contribution award.”

RBF goes the extra mile for its members.