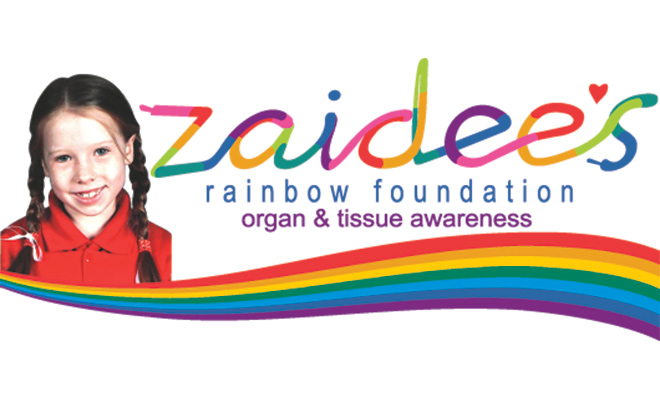 Zaidee’s Rainbow Foundation aims to educate and raise awareness about the benefits of being an organ and tissue donor.

The foundation – recognised for Outstanding Achievement in The Australian Charity Awards 2014 – uses iconic rainbow shoelaces to raise awareness and increase the donation rate in Australia.

The rainbow is the national symbol for organ and tissue donation awareness, and is representative of hope for people on the transplant waiting list – of which one in five people never receive this chance.

The simple message has been driven via sporting organisations, with a host of elite athletes wearing the laces in support.

ZRF is the official charity partner to the AFL Auskick Program, which, over the past five years, has given 495,000 pairs of Zaidee’s Rainbow Shoelaces to participants.

“Zaidee’s Rainbow Foundation is very proud to have been selected for the Outstanding Achievement Award in The Australian Charity Awards for 2014, allowing Zaidee’s legacy and national message to have a voice in these important awards,” said chief executive and Zaidee’s Proud Dad Allan Turner.