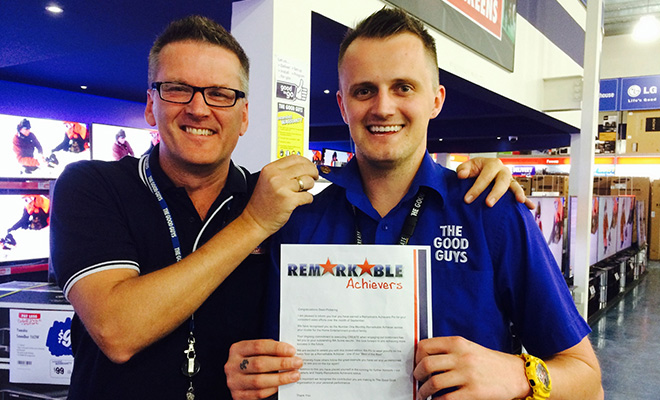 Beginning as just one store back in 1952, The Good Guys has grown into one of Australia’s largest electrical appliance retailers with 100 stores across Australia. With its iconic television advertisement and jingle, alongside its ‘Pay Less, Pay Cash,’ motto, the company has established itself as a major Australian brand. The Good Guys believe in giving back to the community, having donated more than $15 million dollars to over 200 different charities and community organisations throughout Australia.

The organisation focuses on employing people that can deliver, ‘remarkable retail,’ they foster their employees by providing performance related rewards. Sales staff are provided with a base salary, and the opportunity to receive a yearly bonus if they meet KPI’s. The Good Guys allocates employees one fully paid volunteer day a year for employees to get involved with one of six charities. The relationship between company and team member is built on the following values, trust and respect, transparent communication, interdependence, pride and the hunger to achieve. The Good Guys has been recognised as an Employer of Choice in The Australian Business Awards 2015.

Michael Ford, Chief Executive Officer said, “Employee satisfaction is paramount at The Good Guys as we pride ourselves on our culture and how this culture reflects in our interactions with suppliers, business partners and customers.

“We count on our team members to create a remarkable experience in all situations, whether in-store and online with customers, in dealings with suppliers and business partners, or internally with each other.

“The Good Guys fosters growth and development in a fun and interactive way, empowering team members to write themselves into the story that is The Good Guys. Being recognised as an Employer of Choice in The Australian Business Awards 2015 is a testament to the focus we have placed, over the last few years, on creating a truly engaged culture.

Karrikins Group gives back into the community

A Quintessential plan for employee success