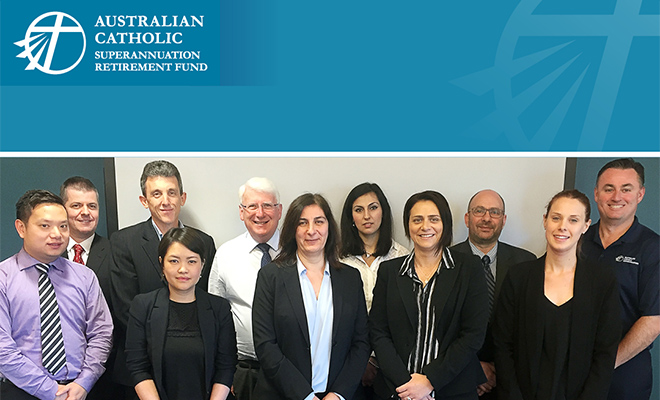 Launched in October 2015, RetireSmart is an account based pension product designed by Australian Catholic Superannuation to generate a consistent stream of income during retirement. RetireSmart’s focus on income longevity seeks to address the issue of longevity risk and ensure that retirees’ retirement income lasts as long as possible.

Because retirees are naturally uncertain how long they will spend in retirement, Australian Catholic Superannuation have placed an emphasis on the sustainability and automation of RetireSmart, which is available for both transitioning and full retirees.

RetireSmart invests a member’s account balance into two investment buckets: Cash and Growth. A minimum of two years’ worth of pension payments are placed into the cash bucket, aiming to provide a secure short term income. The remainder of the account balance is placed into the Growth bucket to allow for capital growth, increasing the likelihood of pension income lasting longer into retirement.

These buckets are designed to work together to assist members in maintaining a large enough balance for as long as possible and to generate a sufficient level of income for members to meet their lifestyle expenses.

Funds are automatically redistributed between the two buckets so members do not need to actively manage the allocation of their investments to achieve their income goals. This flexibility is designed to allow members to choose a cash flow that meets their own needs and budget, whilst the automation of the system aims to ensure that the system is simple and accessible.

Australian Catholic Superannuation have been recognised with a Product Innovation award in the Australian Business Awards 2016 for the development of RetireSmart. Australian Catholic Superannuation CEO, Greg Cantor, said the product development was evidence of the company’s commitment to improving the retirement outcomes of members. “We are proud of this innovative solution and its ability to provide members with a greater level of reliability and comfort around their income in retirement,” Mr Cantor said.

RetireSmart seeks to combine long term growth demands and short term investment stability demands to grow retirees’ balances whilst they are relied upon for regular income. This investment mix was also found that two years’ worth of pension payments stored in RetireSmart’s cash bucket would provide an adequate safety net against market downturn. Since launching, RetireSmart has exceeded 12 month-uptake results in five months of operation, with the fund opening 35 RetireSmart pensions.